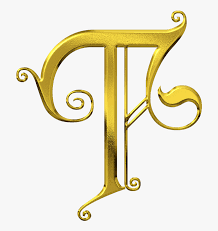 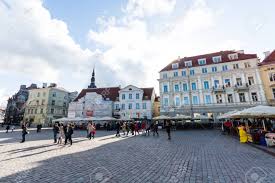 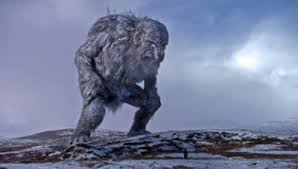 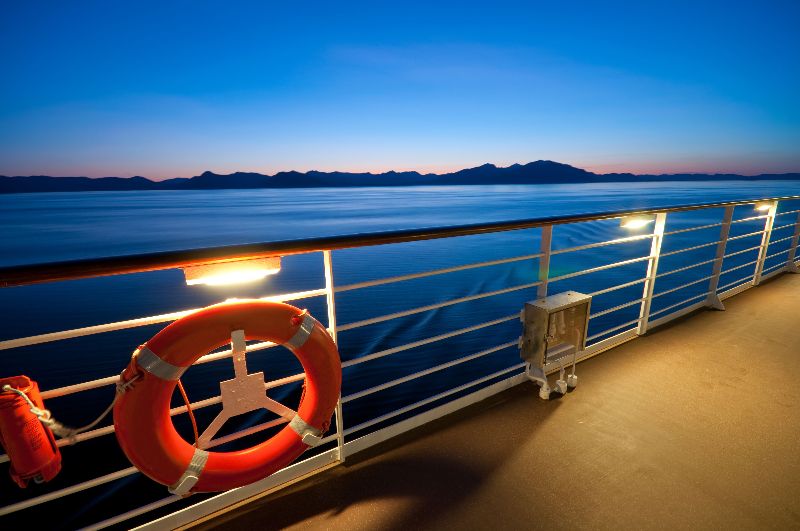 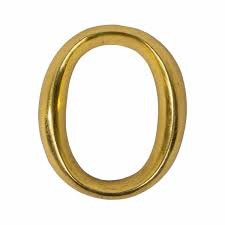 This Oasis Class favourite is bringing adventure to soaring new heights. Discover new thrills on every deck of the Amplified Allure of the Seas®, from new slides and rides to totally reimagined spaces for kids and teens. Get down after dark with more bars than any ship out there and savour a world of possibilities right on-board. Recognised for its dazzling on-board entertainment, thrilling attractions and wanderlust-fuelled itineraries, this ship has already been named Best Large 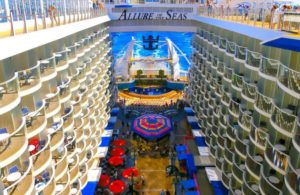 Forget same-old poolside lounging – the Amplified Allure of the Seas® takes sea days to thrilling new levels with all new adventures. Like the tallest slide at sea, Ultimate Abyss℠ and The Perfect Storm℠ waterslide trio. Totally reimagined spaces for kids at Adventure Ocean® and hangouts exclusively for teens. And much more. 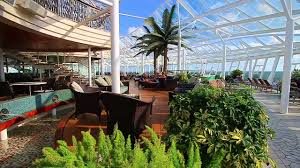 SUN AND SERENITY
Slip away to an adults-only retreat. The Solarium is your slice of paradise, with soothing whirlpools, warm sunshine and a refreshing water mist.

IN A STREET FOOD MOOD

When it comes to sharing a little leisure time with family and friends, there’s no better place than Café Promenade. Simply pick a table with a view, get a cup of coffee, grab a little something to eat, then sit back and relax. Whether you’re in search of snacks, pastries or sandwiches throughout the day and into the night – or just looking to quench your thirst with a great selection of drinks – you’ll find it at Café Promenade.

For casual deli eateries that knock it out of the park, head to the Park Café. You’ll find quick bites to please every palate, from made-to-order salads to fresh-pressed paninis and sandwiches. Not to mention the “Kummelweck” roast beef sandwich – it’s a guest favourite.

Surf’s up. Bottoms up. After hanging 10 on the FlowRider® surf simulator, hang out at Wipe Out Bar with a refreshing cocktail, or sip a cool tropical concoction while you soak up the sun. 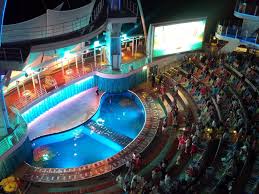 Embark on a mystical adventure under the sea as the ancient underwater civilisation of Oceanaria comes to life at the AquaTheater in this original Royal Caribbean production.

Aerialists and acrobats spring into action with fountains dipping and playing along to a mesmerising soundtrack.

SWIM IT TO WIN IT

The pool deck is the place to be. And each Royal Caribbean ship has several to choose from. Bask in the sun or relax in the shade and enjoy the complimentary loungers and live music.

GO FOR A SPIN 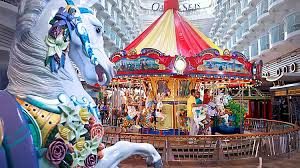 Colourful and full of charm, this hand-carved Carousel treasure brings your favourite childhood memories to sea. A highlight of the Boardwalk® neighbourhood, the horses, zebra, bunny and other friends invite you to hop on and go for a spin 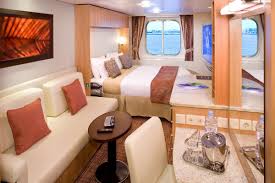 Your room on a cruise ship is called a cabin (or stateroom) and all cabins are en-suite.  Cabins fall into different types or “categories,” and some cruise lines will present as many as 20 or more categories per ship.

Before you get overwhelmed, it’s helpful to remember that there are essentially only four types of cabins on any cruise vessel:

On many ships, inside and outside cabins are usually the same size, the difference being that one has a porthole or picture window to let in natural light. Balcony cabins can also be the same size as standard insides and outsides, with the addition of the outdoor space on the verandah; sometimes the interior space is larger. A basic cabin, regardless of category, is referred to as a “standard” unless there is something about it that makes it different (such as physical layout, being handicapped accessible or a designated family cabin). With mini-suites and above, you get bigger and bigger indoor and outdoor spaces.

For many travellers, the decision on what type of cabin to get is directly related to price. Who wouldn’t go for the huge suite if price were no obstacle? Yet it can be tricky to decide whether a balcony is worth the upgrade from a standard outside, or which suite to choose. Here are a few size-related considerations to take into account.

Do you need a balcony? Cruise travellers who spend all their time in the public areas — sun decks, lounges, restaurants — or on shore may be perfectly happy with standard-size cabins and no private outdoor space. Those who love to lounge quietly on their own veranda or have private room-service meals outdoors will surely want balconies. Don’t forget to take your itinerary into account; on a chilly-weather cruise, you might not be spending too much time outside, so depending on how much space and light you need, a balcony might not be worth the splurge.

Cruise Ship Dining: What is the Difference Between Traditional and Open Seating? 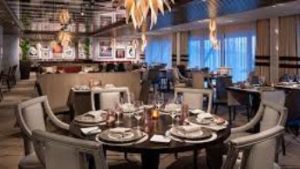 Cruise ship dining has always been part of leisure cruising’s storied past. From an ocean liner’s elegant dining rooms complete with dazzling chandeliers to the more relaxed buffet-style restaurants on Lido decks, it is well-known that you can always eat, and eat well, on a cruise vacation.

Until recently, dining on a cruise was fairly predictable. You had your classic first (5:30-6pm) and second (8-8:30pm) seatings, along with a more casual dining venue available.

But, fortunately, cruise lines are constantly transforming, bringing their fresh and exciting innovations to the cruise industry. The focus shifted to cruise ship dining and now your static, traditional first and second seatings are suddenly out of date – with ‘open’ seatings, speciality restaurants, and spa-like eateries taking over.

Typically, when you confirm your cruise reservation you select the traditional early (6pm) or late (8-8:30pm) dining time based upon personal preference. You dine in the main dining room at the same time each evening, at the same assigned table, with the same table mates and server.

A traditional dining time has many advantages in addition to its rich history:

While the traditional seating options are popular with many, one of the biggest revolutions to cruise ship dining was Open Seating. 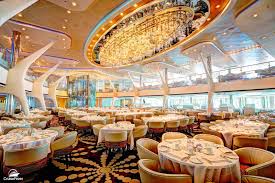 If you choose open seating for your cruise ship dining, this simply means you have an open dining time.

Depending on your cruise ship, along with your choices in the Main Dining Room you can have upwards of 10-15 alternative dining venues including options that are included in the cruise fare and those that are an additional fee.

And don’t forget about the 24 hour room service!