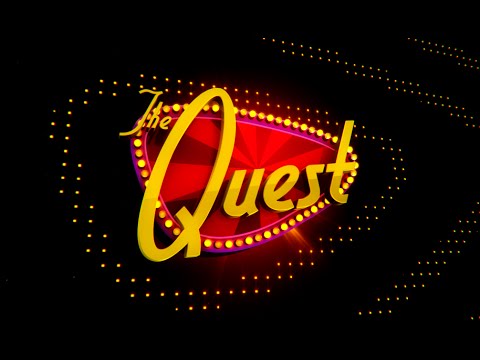 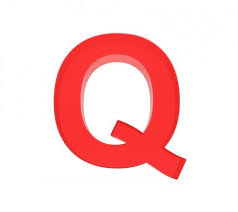 What Royal Caribbean event has you sharing your clothes, putting lipstick on strangers and shouting at the top of your lungs?
It’s the Quest game show, the adults-only scavenger hunt that ranks as a cruise can’t-miss.

What Is It?
Quest, a version of a “scavenger hunt” is uproariously fun, supremely competitive, and it’s definitely for adults only, which is why it’s often scheduled after 11 p.m.  While Quest might be the worst-kept secret in cruising, some people believe that it shouldn’t be discussed – so read on only if you don’t mind spoilers.

Around 30 minutes prior to the start of the show, the venue will fill up quickly with the crowd buzzing excitedly.

The cruise director will take to the stage and get the crowd warmed up with a few jokes, along with some instructions that included warnings like, “Be careful” and “Don’t run into each other.” You can either take part as part of a team or stay in the audience.

The cruise director instructs a member or members of the team to bring him a certain requested item. The first team to arrive with the requested item gets the most points, the second gets the second-highest and the third … well, you get it. After the top three teams, all other teams that arrive with the item receive one point each. It starts off innocently enough, with requests for items like “a tie” or “a sock with a hole in it” (yes, every sock has at least ONE hole in it). But it quickly gets a little more bawdy: a man wearing lipstick or someone with their trousers on backwards. By the end, it is barely controlled chaos, usually with males wearing a female outfit, poorly applied makeup and declaring his name Savannah Sunshine or such like!

Worth a Try?
If you’re not easily offended and love to cut loose on a cruise, this is a must. You don’t even have to participate to enjoy it; you can sit back and watch everyone else run around and still share in the laughter. Keep an open mind and go with the flow. If you take yourself too seriously, you won’t have fun at the Quest game on Royal Caribbean.

Differences Between Tendering and Docking at the Quayside

We are often asked “What is a tender port?” so hope the information below will prove useful.

The first — and most common — type of debarkation is docking, when a vessel ties up at a pier and cruisers exit the ship with the help of a ramp or gangplank. The second, tendering, takes place when no pier facilities are available or when the water is too shallow for ships to get closer to shore. Vessels drop anchor a short distance away and use small boats, called tenders, to shuttle passengers to shore.

Being tendered versus docked can present some issues that might prevent cruisers from fully enjoying ports in which ships don’t pull right up to a pier. Tendering can be dangerous in bad weather; if the seas are too rough near a particular tender port, your ship might be forced to skip the call altogether.

It can be difficult for passengers with limited mobility to board and exit tender boats. Crew members are typically available to help those who might need an extra hand. 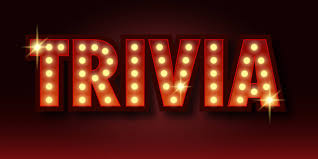 Few activities on a cruise ship are as ubiquitous as trivia quizzes. Whether offered once per day or morning, noon and night, just about every cruise ship in every cruise fleet puts trivia sessions on its daily schedule. And cruisers flock to the sessions; some even planning their excursions around trivia times.

Similar to land-based pub trivia, cruise ship trivia can be general knowledge or themed — music and movie trivia are particularly popular. Teams compete against each other, trying to answer up to 20 questions. While prizes are usually given to the winners, most trivia players compete for pride.

Whether you’re a pub trivia ace or a complete novice to the world of trivia, here are a few things you should know about cruise trivia.

1. It’s a great way to meet people.
Unless you’ve come with a small group, you’ll probably want to team up with others. Not only might you have a better chance of winning, but you could make cruise-long, if not lifelong, friends.

2. You can study pre-cruise.
Cruise trivia sessions will often include a couple of questions focused on the destinations the ship is currently visiting. For instance, if you’re in the Caribbean, you might be asked which islands make up the ABC islands. (Aruba, Curacao and Bonaire, if you were wondering.) Or, if you’re in Asia, what was the original name of Thailand? (Siam.) If you want to get a leg up on your competition, memorise some basic facts about the countries or islands you’re visiting. You never know when that one or two extra points could make all the difference.

3. Prizes vary.
You are not going to win a free cruise playing trivia on a cruise ship. You might, however, win a bottle of sparkling wine, but that’s about as good as it gets. Other prizes might include hats, water bottles, T-shirts and other small items.

4. Depending on cruise line, trivia questions are not created by the people asking them. 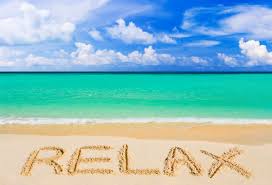 On most mainstream cruise lines, the questions asked by cruise staff during cruise trivia are sourced from a variety of trivia books and were most likely selected by someone other than the person reading the questions. In other words, the only answer to the question they’ll accept is the one provided to them.

5. Relax.
We love a good game of cruise ship trivia as much as the next person, but we also know it really is just a game and meant to be fun. Don’t take it too seriously; you’re on holiday after all!