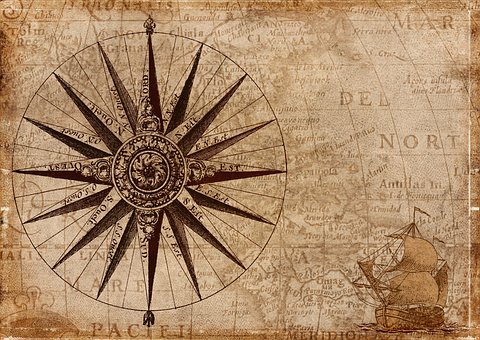 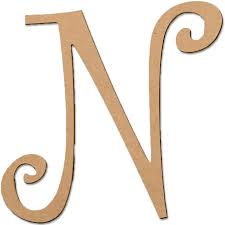 The historical significance of the sea is easy to see when one looks at our language.  Many words and expressions originate from our relationship with the sea. Western civilisation has its roots in the areas surrounding the Mediterranean Sea. From the earliest Phoenician and Greek cultures, over two thousand years ago, the Mediterranean Sea was not only essential for survival, providing food, but also in maintaining economic and social ties between the people living around the sea. The language used from these early times became permeated with nautical terms. The nautical terms became the one universal language understood by different cultures. Throughout the ages, new words and phrases have entered into our language from this continuing tie to the oceans. The English language gained many additions during the eighteenth and nineteenth centuries when British naval and merchant ships travelled the seas. 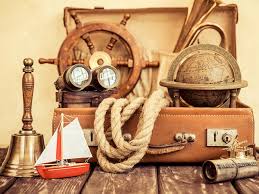 Most of us know the term scuttlebutt as a folksy way to refer to rumor or gossip, but in nautical nomenclature, a scuttlebutt is an open cask of drinking water or a drinking fountain. The former definition evolved out of the nautical sense, as sailors would engage in idle chat while gathered around their version of the office water cooler.

Moonraker
In sailing, a moonraker is a light square sail set at the top of the mast. But this term is also a demonym for people from Wiltshire, England. As the story goes, a few men from Wiltshire were discovered trying to rake the moon’s reflection out of a pond. However, if you ask a Wiltshire native, he or she might tell you another version of the story: the men were raking a pond for kegs of smuggled brandy, and when authorities appeared, the rakers feigned madness.

Landlubber
If the phrases “fly the spinnaker” and “douse the jib” strike you as Jabberwocky, you might be a landlubber. This term refers to an unseasoned sailor or someone unfamiliar with the sea. The second element of this compound, 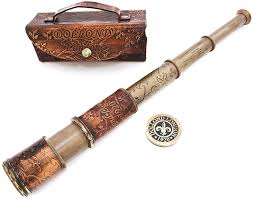 lubber, has been used in various constructs throughout the years, most notably abbey-lubber, referring to a lazy monk, and Lubberland, an imaginary land of laziness.

Sea dog
The opposite of a landlubber might be called a sea dog, defined as “a sailor, especially an old or experienced one.” The term can also refer to a pirate, a harbor seal, or a luminous appearance near the horizon, such as meteor, regarded by mariners as an omen of bad weather.

Fathom
Most of us know fathom as a verb, meaning “to penetrate to the truth of” or comprehend. But the sea dogs out there know that a fathom is also a unit of length, used primarily in nautical measurements, equal to six feet. This length is an approximation of the length of outstretched arms, which brings us to the Old English word meaning “span of 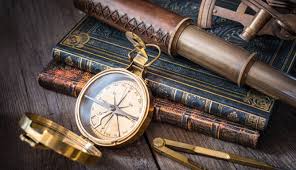 Chockablock
This fun-to-say adjective means “extremely full” or “jammed,” as in “This park is chockablock with puppies.” But if those puppies are on a boat, you might want to find another term to describe the state of canine crowding. In a nautical context, chockablock means “having the blocks drawn close together, as when the tackle is hauled to the utmost.”

Flotsam
Flotsam is a legal term that refers to wreckage of a ship and its cargo found floating on the water. It’s often used in conjunction with jetsam, another word from maritime law that refers to goods cast overboard deliberately which sink or wash ashore. The phrase flotsam and jetsam is often used to refer to useless or unimportant items or odds and ends. 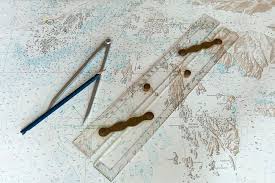 Groggy
The term groggy means dazed and weakened or intoxicated, the way one might feel after he or she partakes in a goblet full of its root word grog, which is a mixture of rum and water. The term grog is a reference to a British admiral who ordered his sailors’ rum to be diluted; he was nicknamed Old Grog because he wore a grogram cloak.

Bumpkin
In sailing, a bumpkin is a beam or spar projecting outward from the hull of a vessel. Outside of a nautical context, it refers to an awkward, simple rustic or yokel. The Dutch word boomken, which means “little tree,” may bridge the gap between the two meanings as it appears to have been used to refer to a short stumpy man.