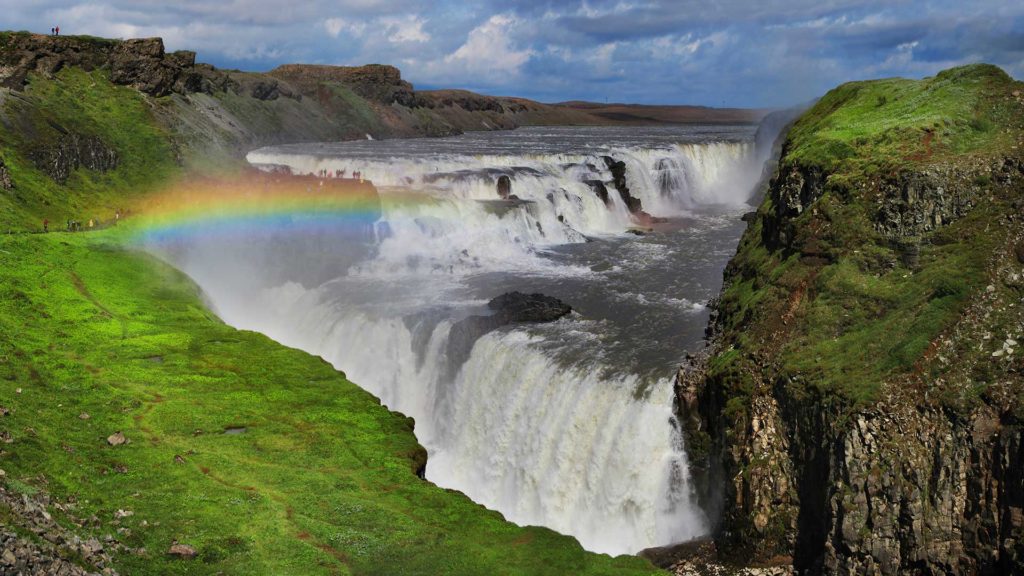 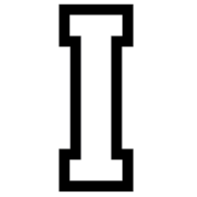 The Golden Circle & The Blue Lagoon

Rejkjavik’s “Big Three” include the Blue Lagoon, the Thingvellir National Park and Gulfoss Waterfall.  These are all the most wonderful sights not to be missed during an Iceland cruise.

The Blue Lagoon is one of Iceland’s most popular attractions, and it’s little wonder as to why. The beautiful milky-blue water is unlike anything else found on earth, and 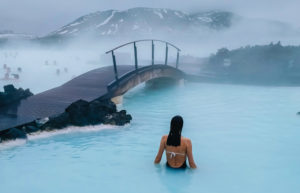 makes a stark contrast to the surrounding black lava fields and its creeping grey moss. It sits at 39°C (102°F) year-round, making it the perfect temperature for bathing.  Aided by world renowned media outlets — such as the National Geographic, which named it one of the top 25 Wonders of the World, and Condé Nast Traveller included it on a list of the top 10 spas in the world — the Blue Lagoon is now internationally famous and on the top of many bucket-lists around the world. 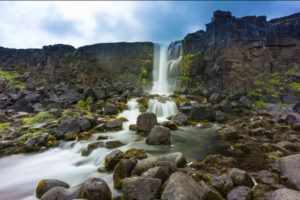 Located on the Golden Circle route, Thingvellir (Þingvellir) National Park is one of the most frequently visited attractions in Iceland. This area contains interesting landscapes and has an outstanding significance both historically and geologically. Thingvellir was declared a national park in 1930. A law was passed designating Thingvellir as “a protected national shrine for all Icelanders, the perpetual property of the Icelandic nation under the preservation of parliament, never to be sold or mortgaged.”  Thingvellir was nominated to become part the World Heritage List on July 2, 2004. The nomination stated that the site is of outstanding universal value and should be preserved both as a cultural site and for its natural environment. 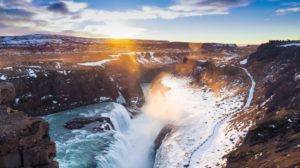 Gulfoss Waterfall was formed by flash flood waters that forced their way through the cracks in the basalt lava layers. On average the water flow is around 110 m3/s. But when these floods happen it can go up to 2000 m3/s, this means that it can fill almost 50 Olympic pools in one minute or about one every second. The floods were so intense that they could fill up the gorge, which is an impressive 32 metres tall, up to the top.  Gullfoss is a tiered Cataract, its total height is 32 m. It has two falls, of which the longest drop is 21 metres tall. It is in the Hvitá River in the Southwestern part of Iceland

Fantastic ice sculptures, tempting cocktails, and Siberian-like temperatures – the ice bars in Europe take “chill” to a whole new level. From Amsterdam to Barcelona, here is a selection of bars where everything is made of glittering ice. 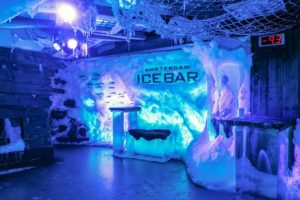 Icebar Xtracold, Amsterdam
With its creative icy interiors, colourful LED-lighting, and unique 4D Ice Xperience, Amsterdam’s Xtracold Icebar is an adventure from start to finish. 35 tons of natural ice have been used to create this fascinating, frosty space where drinks are served in glasses carved out of ice in a temperature of -10 degrees Celsius. Every 6 months, the décor and beautiful ice art on display are redesigned to create a completely new experience. Adjacent to the ice bar, you’ll find a nice lounge where you can warm up with music and cocktails. 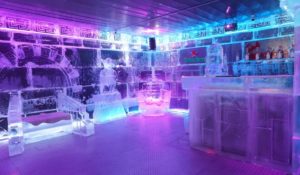 IceBarcelona, Barcelona
The world’s first beach ice bar, Icebarcelona is a truly one-of-a-kind experience, offering visitors the chance to go from glorious Mediterranean sunshine to a frozen world in a matter of minutes. Designed by famous ice artists, the striking lounge boasts mesmerising interiors carved out of ice and renewed every so often. Additionally, there’s a sleek outdoor terrace where you can bask in the sun and enjoy the warm sea breeze whilst sipping your favourite concoction. 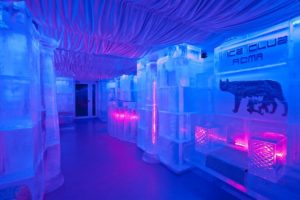 Ice Club, Rome
Conveniently located near the Colosseum in Rome, Ice Club Roma is the perfect spot to cool off after taking in the sights and sounds of Italy’s monumental capital. Everything in the bar is made of pure ice from England and the temperature is maintained at -5º C. Guests are welcomed with scrumptious vodka-based cocktails, plush white furs, and synchronised sounds and lights.

So how many ice cream cones are consumed in a week on-board a cruise ship? 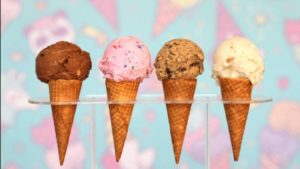 If stacked together, all the ice cream cones eaten on a ship in 1 week would be twice the height of the tallest building in the world.