Welcome to our “Featured Cruise” page.  Here we will showcase our “Cruise of the Moment”.  Our Featured Cruises are always popular so please book soon to ensure the best choice of cabins and to secure your dialysis place.

Relax on board the impressive Magellan with her expansive deck areas and spacious lounges. This taste of springtime in the Canary Islands provides a splash of colour and sunshine. Sail south to Gibraltar, three popular Canary Isles, beautiful Madeira and historic Lisbon. You’ll find busy harbour fronts, lush hillsides and valleys descending to sandy bays and beaches, fascinating cities and tempting shops of every description.

Rotterdam is divided north and south by the River Nieuwe Maas with the city centre located on the northern bank of the River. Built mostly behind dykes, large parts of Rotterdam are below sea level. There is a whole host of attractions – a city of modern architecture and delightful culture. Over the centuries, Rotterdam has grown from a fishing village into an international centre of trade. From Rotterdam choose to take an optional tour to Delft & The Hague or the UNESCO World Heritage site Kinderdijk. 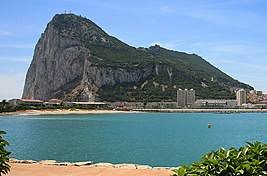 Famously contested, Gibraltar is a renowned headland in the Mediterranean Sea.  In ancient times known as the Pillars of Hercules with it’s African counterpart, Mt Abyla, the Rock has remained under British rule for the last 300 years, despite being connected to Spain.
A towering 1400 ft outcrop that separates the Mediterranean from the Atlantic, Gibraltar was named Jebel al-Tarik by the Moorish General Tarik who landed there in 711 AD.
See the famous Barbary apes that occupy the island as well as St Michael’s Cave and the Siege Tunnels or admire the view to Africa from a cable car. 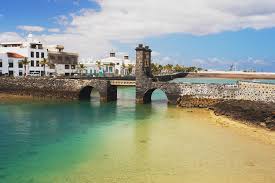 A city with maritime roots, Arrecife first appeared on maps in the 15th century as a small fishing harbour. It has since 1852 been the capital of Lanzarote, the northernmost and fourth largest of Spain’s Canary Islands. Lanzarote, which lies just four degrees north of the Tropic of Cancer and enjoys a sub-tropical climate, is volcanic in origin. Arrecife’s Calle Leon y Castila has a wealth of shops and is an opportunity for duty free shopping.

With its sub-tropical climate, coastal valleys, beautiful sandy beaches and mountainous peaks, Gran Canaria is a firm favourite with visitors from all over Europe. Head to the historic centre of Vegueta, steeped in traditional architecture and historical buildings which have been standing for over 500 years.

The largest of the Canary Islands, Tenerife is dominated by Mount Teide in the central mountain range and several spectacular valleys covered with lush landscape, banana plantations and pinewoods. Santa Cruz, the island’s capital, offers a number of museums, and churches to explore together with tempting shops and restaurants. The exotic gardens of Garcia Sanabria Park are worth a visit as is Loro Parque, with its tropical gardens, collection of parrots, and an aquarium with sharks, sealions and penguins. 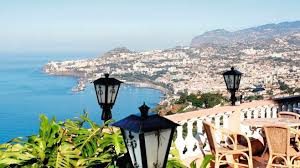 Set in a magnificent natural amphitheatre overlooking a wide bay, Funchal is the delightful capital of the beautiful and dramatic island of Madeira. The harbour is right in the centre of town and as you approach the sight of whitewashed buildings with red tiled roofs tumbling down the verdant mountain is spectacular. A modern cable car soars above the bustling city to Monte, which is the start of Madeira’s famous wicker toboggan ride. Wicker baskets, embroidery and the famous Madeira wine are popular souvenirs from the striking island often described as the ‘floating garden of the Atlantic’.

Lisbon, Portugal’s capital city, is home to the magnificent Jeronimos Monastery, Belem Tower, 25th April Bridge and Monument of the Discoveries. Wander through the maze of narrow streets in the delightful Alfama district and ride one of the famous old trams.

For further information on this cruise please click here