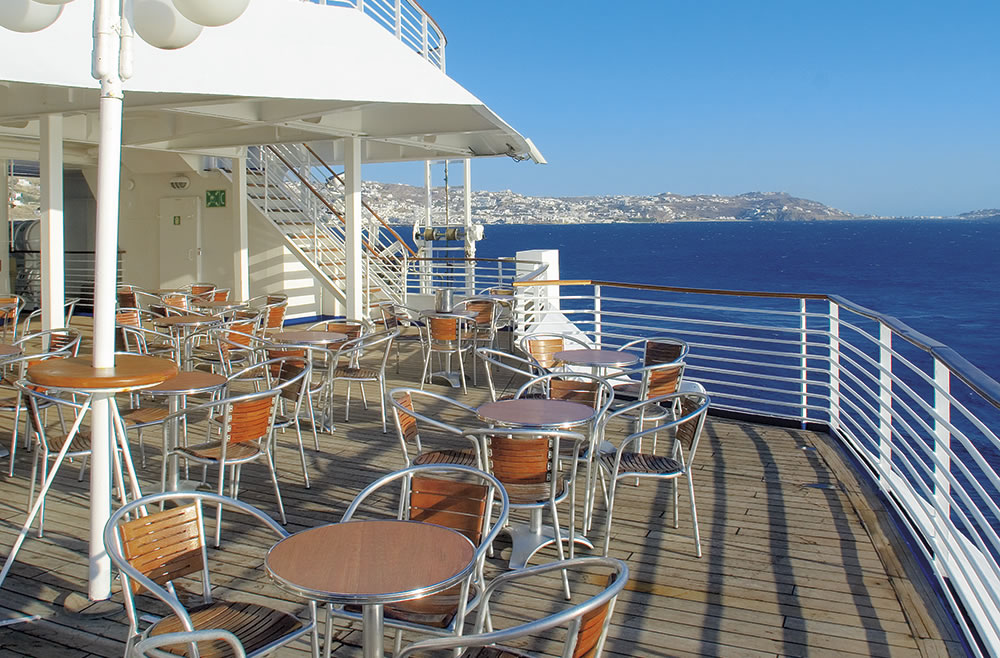 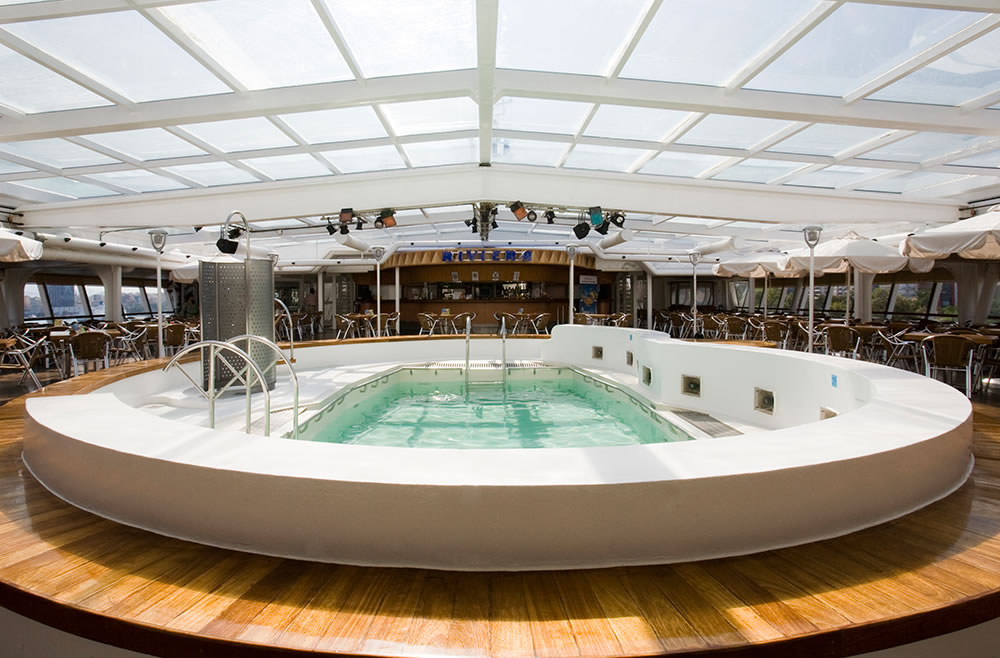 Be serenaded by the romance of the Aegean during the “Idyllic Aegean” 7 night cruise.  Visit the most enchanting Greek Island destinations dotted around the Aegean Sea, where culture, history, pristine beaches, and fishing villages suspended in time all await.  There’s something to suit every taste on this extra special cruise, and with overnight stops in Santorini and Mykonos, come and unravel the best-kept secrets of these sun-soaked shores by night.  Indulge in everything your heart desires and embark on an effortless odyssey through the jewels of the Aegean.

Medieval tour – Acropolis of Lindos and the Citadel of the Knights, Half Day: Up to 5 hours

Lindos is situated 55 km (40 miles) from the city of Rhodes and “bears” above it the Acropolis of Lindos, with the ancient Temple of Athena, built in 300 B.C.  Here and there you will come across the captains’ mansions, built between the 16th and 18th century. In the centre of the village lives and breathes the Church of the Virgin Mary (Panagia) of Lindos, with frescoes from the 15th century.
Ascend to the Acropolis of Lindos. Here lies the Temple of Athena, of Doric order, which was erected on the location of an older monument. The ancient city-state of Lindos was for many centuries the most important on the island. It reached its heyday in the 6th century B.C.  At the old city of Rhodes you will go through D’Amboise Gate to walk on the Street of the Knights. Along this street you will find the residences of the Knights, separated according to Order, which bear until today their corresponding crests.

Ancient Ephesus through the ages – Hellinistic and Roman, Half Day: Up to 3 hours

At Ancient Ephesus you find Immortal relics of the Hellenistic, Roman and Early Christian era. At the archaeological site you will be given a guided tour among the Agora, the Odeon, the Library of Celsus, the marble-paved main Street of Kouretes, the Baths of Scholastica, Trajan’s Fountain, the Public Latrines, the Residences of the Patricians, the Prytaneum, the Temple of Hadrian…

The Great Theatre, built in the 4th century B.C., could accommodate 24,000 spectators and it is famous even nowadays for its acoustics. The finds from the excavations, which have yet brought to light only 13% of ancient Ephesus, reside in the Archaeological Museum of Ephesus, in the city of Selcuk.

During the excursion you will have the opportunity to do some shopping such as carpets, jewellery, leather and other souvenirs.

Minoan Palace of Knossos – 1st European civilization, Half Day: Up to 3 hours

The ancient city of Knossos, with constant habitation from the Neolithic era until the 5th century A.D., is beyond doubt the land that “gave birth” to the first civilization of Europe, the Minoans.
The first excavations were begun in 1878 by the Heraklian Minos Kalokairinos. A bit later (1900-1913 & 1922-1930) the excavations by the British Sir Arthur Evans were to complete the scientific research, bringing to light the Minoan palace in its entirety, which was, according to tradition, the residence of the wise King Minos. The palace of Knossos spreads around the large Central Court. You will reach the awe inspiring Throne Room, the fresco of the “Prince of the Lilies”, the imposing Grand Staircase, the Queen’s Megaron in the east.
Walking through the apartments of the Knossos palace and observing the finds even as passers-by, you will feel part of this cultural heritage. We will stop in Heraklion on the way back to the ship.
Heraklion was founded in 824 and is an important homeland of many contributors to Literature and Art, some examples of which are the Nobel winning poet Odysseas Elytis, the Renaissance painter Domenikos Theotokopoulos (El Greco) and the writer Nikos Kazantzakis.
Heraklion is also endowed with some wonderful edifices: the “Koules” fortress, the award winning Venetian structure of the Loggia, the Morosini Fountain, the Basilica of Saint Mark, and the Church of Agios Titos. Starting the walk from Liberty square of Heraklion guests will pass by the shopping streets of Dedalou and 25th August and see the aforementioned sights along the way.
Level of  Difficulty : 3
Key – Difficulty level 3 – Moderate walking: Moderate amount of physical activity such as walking over uneven surfaces and climbing stairs.  Might not be recommended for guests with walking difficulties.

To request further information on this cruise please complete the form below or call 0844 995 1214.

Your first time sailing with Celebrity Cruises? You have a contemporary cruise experience laced with luxury to look forward to. The Celebrity fleet is one of the youngest in the industry, and there are so many unique itineraries to choose from. Modern luxury awaits you onboard your Celebrity Cruise ship with a unique combination of first-class accommodation, live entertainment, exceptional cuisine and warm, intuitive service. Day 1 Honolulu (Oahu), Hawaii Embark 23:59 Many people dream of visiting Hawaii, and it’s not hard to see why. Even in the capital you’ll find some of the world’s most spectacular waterfalls. Sunbathe at iconic Waikiki[…]

The Royal Caribbean International fleet of cruise ships boasts an amazing variety of thrilling activities, spectacular entertainment, mouth-watering dining, spacious, comfortable accommodation and sailings that take in some of the most incredible destinations in the world. So whether you’re looking for a fun-packed family adventure, a relaxing couple’s retreat or anything in-between, it’s waiting for you onboard one of the Royal Caribbean cruise ships. Royal Caribbean offers guests the latest in cruising luxury and technology for a new and innovative cruising experience that still retains the excitement and sophistication of classic cruising. DAY 1 Seattle, Washington Smell the coffee in[…]